September 2021 – Portland, OR – Craton Promotions –  The first time for anything comes with lots of excitement, tons of unknowns, and dollop of adversity. No matter how much you try to plan for it. The 2021 Grand Prix of Portland at the Portland International Raceway as part of the NTT Indycar Series was all of the above and more.

There were several firsts during this event for myself as well as for Craton Promotions. I had never been to Portland Oregon on any of my past tours in my past careers, I had driven to Los Angeles from Tampa Bay before but this trip took me from Atlanta, Georgia to Portland Oregon by way of Nashville, Kansas City, Cheyenne, Boise, and a hundred other cities that felt like a blur.

It was also the first time that Craton Promotions was the official merchandiser for the Grand Prix of Portland at the Portland International Raceway. We have done several Indycar series races before, such as the Honda Indy 200 in Mid Ohio and the Firestone Grand Prix of St. Petersburg. But Portland was by far the longest trip we have taken our special pop up stores, which are based out of Atlanta.

The drive out west went really well and there were so many sights to see but I was a little surprised by some of the realities that I encountered, since my fantasy thoughts about the trip where all I really knew until I did it for real. For instance, I had no idea how crazy it would be in Cheyenne, Wyoming. ( If you watched the daily video blog ) you know that I encountered a head shaking incident while in Cheyenne when an obviously disturbed woman ran into the middle of the street downtown, in the rain, and proceeded to take her shirt off and yell at passing vehicles. I just so happened to be one of those vehicles. Of course anyone who spends a bunch of time on the highways knows that things happen all of the time “out there’.

Once I did arrive to Portland I was instantly taken aback by the amount people there were living in tents.  I felt almost helpless as my inner empathy poured out to so many of them. I don’t know, I just felt the need to mention that.

Now once I arrived at the Portland International Raceway I noticed that is was a buzz with excitement and activity getting ready for the 2021 Grand Prix of Portland.

Team Craton –Portland consisted of myself, Boss man Charles, Susan, Calley and Alan. We needed every team member too as both of our stores were busy and busier.

We jammed the tunes all weekend at our official merchandise tent across from the Cooper Tires Girls and the O’Riley Auto parts tent. Everyone was super friendly, in fact the manager of the Cooper Tires display and I had a little code word thing going so when they were about the do interviews with one of the drivers, I would be alerted and then I would turn our sound off so they could do their show. Then when they were done we would crank back up and I would go out in the crowd and emcee again. I always seem to have a great time with the neighbors at these events and the Grand Prix of Portland was no different.

I feel like I have talked enough now so I am going to wrap up this blog. A huge thank you to my team at Craton Promotions, Green Savoree Racing Promotions, NTT Indycar, Penske Trucks, Portland International Raceway, and the thousands of fans that came by during the week to jam with me. It was truly my pleasure to be there with you. 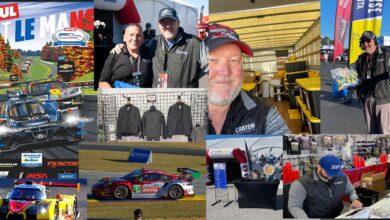 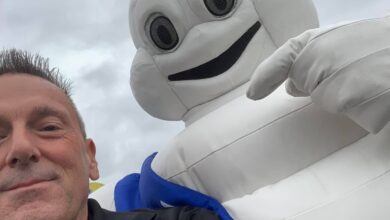 2021 IMSA WeatherTech Michelin GT Challenge & Virginia is for Racing Lovers Grand Prix was a long title to say on the microphone in one breath. 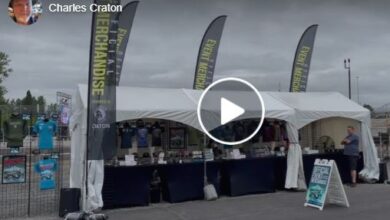 The Boss Video: Setting Up At The 2021 Grand Prix of Portland 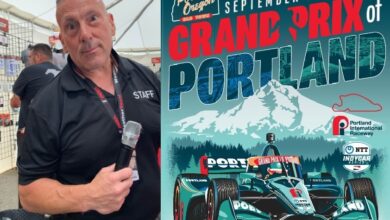